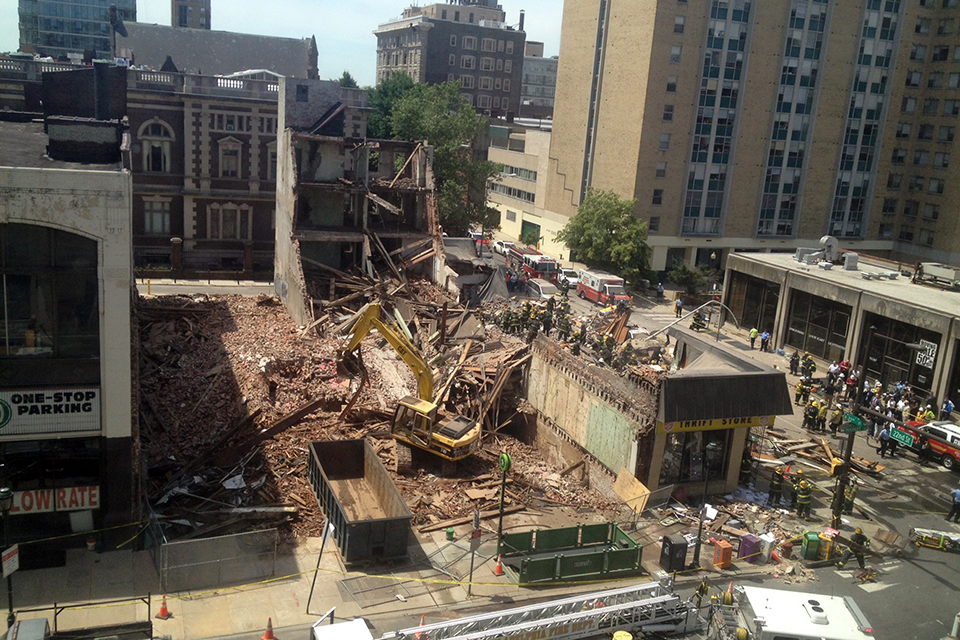 James Golkow of Golkow Hessel, LLC, has filed a nine-count lawsuit on behalf of a victim of the collapse of The Salvation Army thrift store located at 22nd and Market Streets in Philadelphia. The collapse occurred on June 5, 2013, as the result of the reckless conduct of a contractor who was retained to demolish an adjacent building. In addition, the lawsuit alleges negligence and recklessness on the part of the building owner, who had hired the contractor for a grossly inadequate sum, an obvious indicator the contractor was incompetent to handle the job.