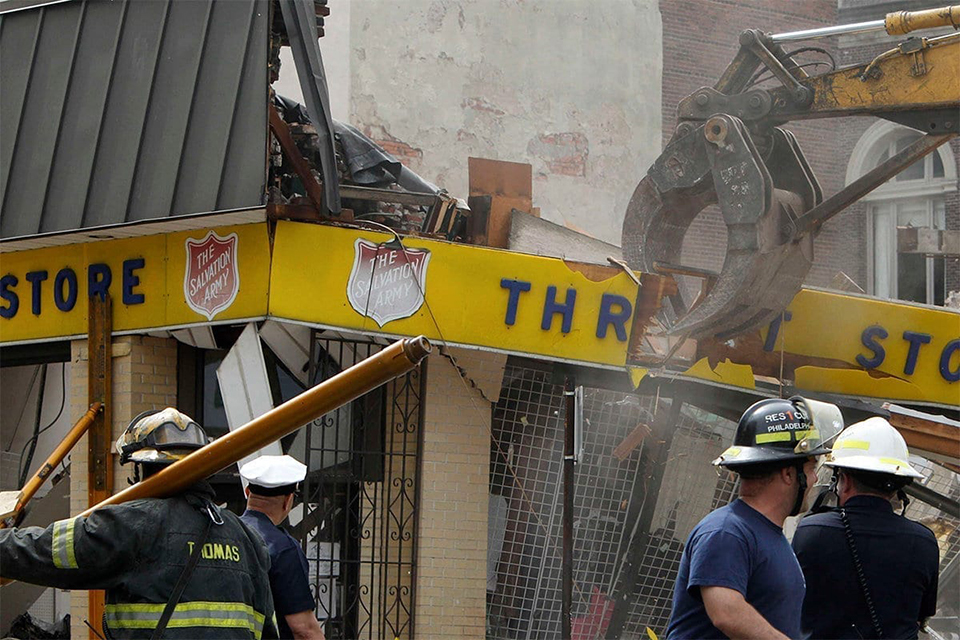 In the wake of the tragic building collapse on June 5, 2013, numerous law suits emerged against the demolition contractor and the property owner. Golkow Hessel was the first law firm to file suit against the Salvation Army as well, on behalf of one injured client. Golkow Hessel’s law suit spurred the public debate about the Salvation Army’s share of responsibility for this tragedy.

As reported by The Daily News and The Philadelphia Inquirer, in an article "Is Salvation Army dodging scaffolding issue?":

“Attorney, James D. Golkow, said he's been told that an inspector from the Occupational Safety and Health Administration had recommended that scaffolding and netting be used to shield the [Salvation Army] from rubble. … Three weeks before the collapse, people inside the store made complaints that they could hear bricks thumping against the roof," Golkow said. "There was a gaping crack in their bathroom wall that you could see daylight through. . . . If this was Macy's or Wanamaker's, I don't think that would have been happening."